Return of the Duchess 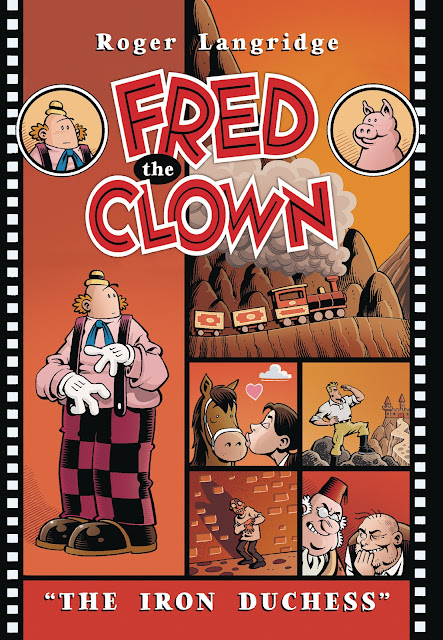 I would like, if I may, to draw your attention to the fact that there will be a new edition of The Iron Duchess coming out from Fantagraphics in September 2017. It’s now available in the Previews catalogue from your local comic book store if you’ve an inclination to preorder it - ordering information can be found here:

The new edition will contain ten new pages of story material. As many of you have already bought the self-published version from me, I thought it only fair to make this new material available to you, as a free download, by way of saying "thank you" for your support. There's a CBR file and a PDF, so take your pick.

Apart from that, I've been working on a new issue of Zoot!, which I intend to have available for the September/October convention season (which in my case means Thought Bubble, the Lakes International Comic Art Festival and the Nottingham Comic Con). If that means nothing to you, I should explain that Zoot! was a comic book which my brother Andrew and I produced for Fantagraphics in the 1990s. This new edition is being put together without Andrew's direct input (just his blessing) – although he does appear as a character in one story. I'll be self-publishing this one and it will also be available through the web store when the time comes.
Posted by Roger Langridge at 7:33 am