Been a bit quiet on the blog recently. Time for a catch-up. There are a few things of note to report:

• The new Zoot! arrived from the printer this morning and it's a beauty – forty pages of black-and-white comic-bookery under a painted cover. It's now available from my web store. (I will also have copies for sale at Thought Bubble in September and at the Nottingham Comic Convention in October.)

• I've just turned in a short story for Archaia's Labyrinth 2017 Special. It's sort of a David Bowie tribute. That should be in stores in November.

• Criminy, a Max Fleischer-inspired project which writer Ryan Ferrier and I have put together, has found a home with a major US comic book publisher. More on that in a while, once some of the details are worked out. Suffice to say it's all rather exciting. A few sample pages from our pitch document are shown below; Ryan showed these on Twitter a month or so back, which led to the project finding a publisher. 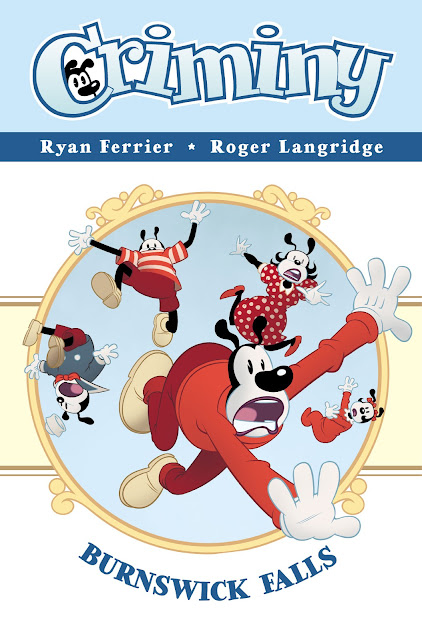 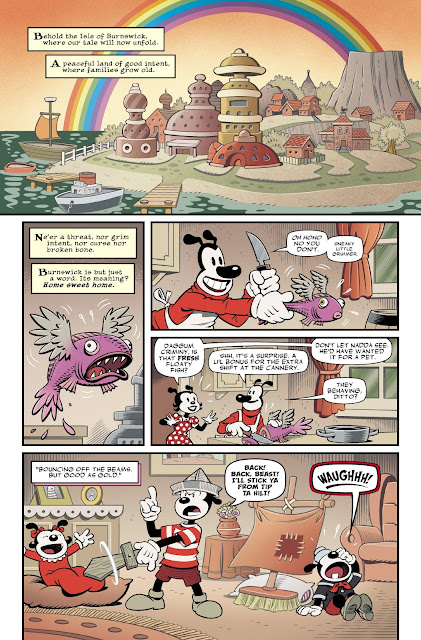 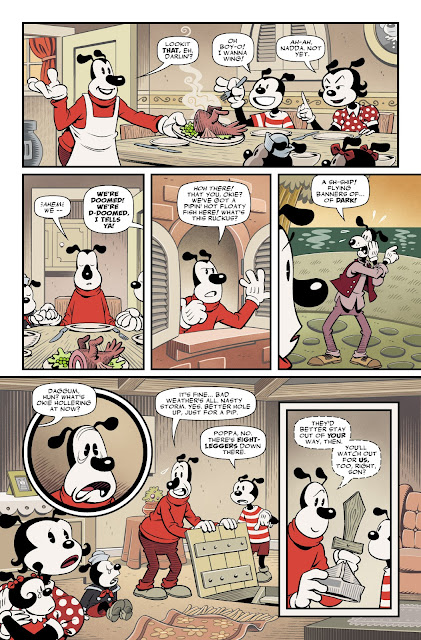 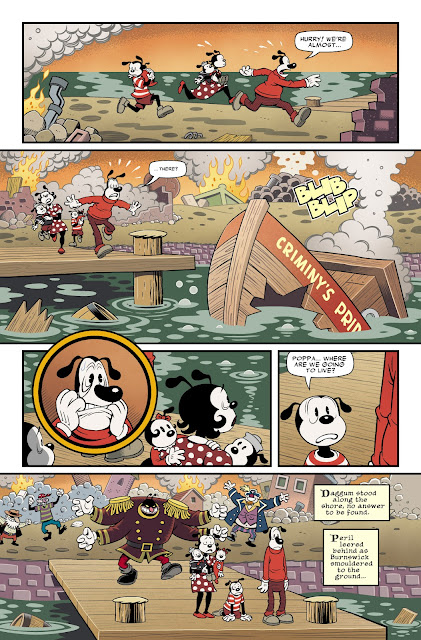 The blog should become a bit more active in the near future, as I'm about to start working on a run of commissions that have been waiting in the queue for far too long.
Posted by Roger Langridge at 3:38 pm